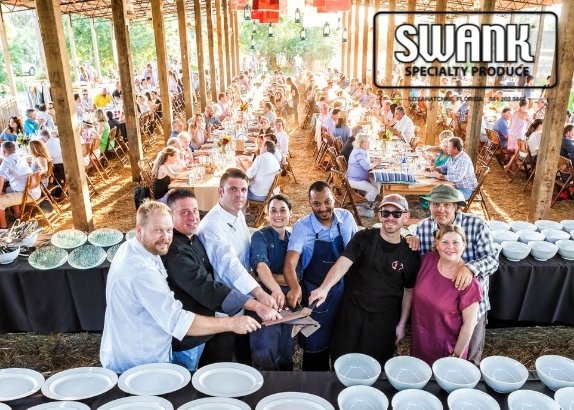 Food lovers get ready, because Swank Farms has announced their 2018/19 Swank Table schedule bringing together more than 80 celebrated chefs from South Florida and beyond during the harvest season. The season kicks off on Sunday, November 18th with Crazy Uncle Mike’s Southern Brunch.
Details: http://www.swankspecialtyproduce.com/market-brunch/

Each Swank Table family-style event unites several of the area’s top chefs with mixologists and breweries for an unforgetting evening on their organic 20 acre farm. Swank Table celebrations feature an all-inclusive, all-local meal incorporating product from partner farms, brews, wine, of course, plenty of delicious just picked Swank Farm vegetables. Guests are invited to participate in a farm tour lead by owners Darrin and Jodi Swank, or simply wander around the fields to see a true farm in action before taking their seats in the stunning custom designed pole barn. Live music fills the space with sounds provided by some of South Florida’s favorite local bands.

This season, Swank is excited to welcome their new Resident Chef, Sam Horrocks, who will work alongside each guest chef. He will also host the Easter and Mother’s Day brunches. Brunch at Swank Farms is a family affair, so they will have a selection of kid friendly activities to keep the younger ones active and occupied, including an Easter Egg hunt on Easter Sunday, while the adults sip on unlimited mimosas, bloody Marys and craft beers.

The team at Swank Farms has also planned several very special events for 2018/19 including a 3030 Ocean Reunion Dinner where Founder Dean Max and his now legendary cast of chefs will celebrate the history of the Fort Lauderdale restaurant. Also reuniting is a team of 24 all-star chefs from the recently shuttered Delray Beach institution 32 East, for the biggest Swank dinner yet. This season master chefs from Milwaukee, Martha’s Vineyard, Boston, and Louisville will also have the opportunity to show off their skills in a city takeover. And of course, the much-loved White Party will return.

Based in Loxahatchee Groves, Swank is a hydroponic farm that has become regionally famous for the impeccable quality of the veggies grown onsite, producing more than 350 varieties of vegetables, edible flowers, and micro-greens for the area’s top restaurants. What began as an intimate 70 person dinner in 2011 has grown into 18 unique signature events where the Swanks honor the farm and the growing process, while also raising money for local charities.

There’s something different, and special, about sitting down to eat right where the food grows, so Swank Table dinners do sell out fast. For tickets and additional information please visit www.swankspecialtyproduce.com.

ABOUT SWANK FARMS: Swank Farm was launched in 1996 by husband/wife team Darrin and Jodi Swank. What started as a small lettuce operation has grown into a much larger endeavor producing more than 350 varieties of specialty produce on 20 acres in Loxahatchee Groves. They provide vegetables, edible flowers and microgreens for South Florida’s top restaurants and their products can be found at local farmers markets in season. Their 8500-sq-ft. pole barn is available for private events including weddings.

Craving a Martini?!⁠ Every Wednesday The Blue Fi 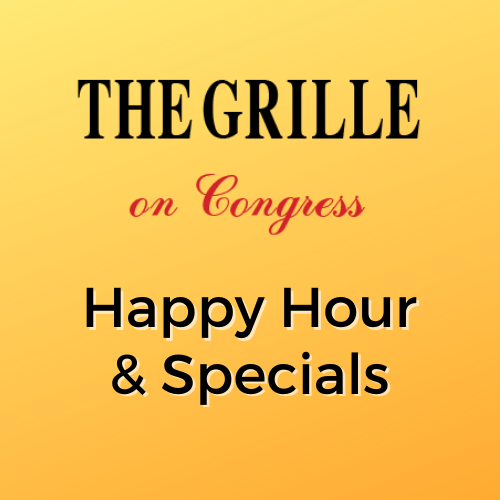 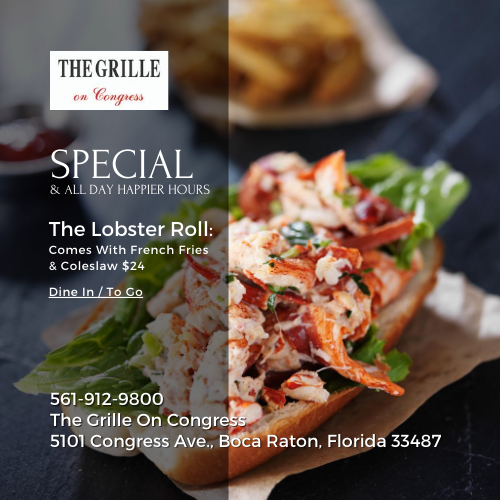 The Lobster Roll Special at The Grille On Congress 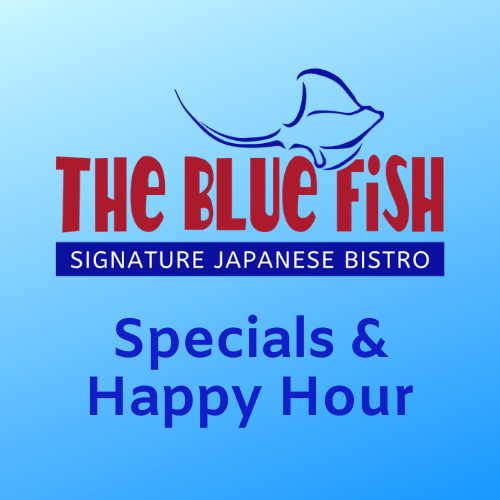