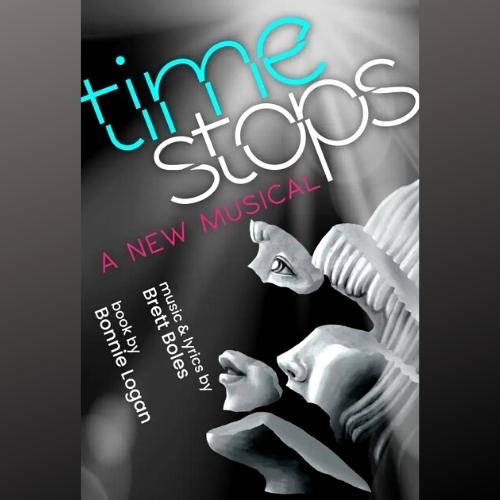 WEST PALM BEACH, FL – A poignant and powerful story of love and loss makes its theatrical debut this summer when TIME STOPS – A World Premiere New Musical comes to the Raymond F. Kravis Center for the Performing Arts on July 15 – 17, 2022.

TIME STOPS – A World Premiere New Musical tells the story of Emma Portman, a mother who channels her grief over the untimely loss of her daughter by writing a story of the life her daughter never had the chance to live. What begins as a way forward through the pain however, quickly reveals the trauma from Emma’s immense loss.  Soon, Emma finds her own world crumbling around her as the realms between fantasy and reality converge.

TIME STOPS – A World Premiere Musical makes its debut at the Kravis Center’s Rinker Playhouse July 15 – 17, 2022.
Showtimes are Friday, July 15 through Sunday, July 17 at 8 pm. Matinee performances are Saturday and Sunday at 2 pm. Tickets start at $45 and may be purchased online at the Official Kravis Center Website kravis.org, or by calling the box office at 561.832.7469. The Box Office hours are Monday through Saturday 12 pm – 5pm.

About the Raymond F. Kravis Center for the Performing Arts:
The Kravis Center is a not-for-profit performing arts center located at 701 Okeechobee Blvd. in West Palm Beach, FL. The Center’s mission is to enhance the quality of life in Palm Beach County by presenting a diverse schedule of national and international artists and companies of the highest quality, by offering comprehensive arts education programs—serving nearly 3 million schoolchildren since its inception; by providing a Palm Beach County home for local and regional arts organizations to showcase their work; and by providing an economic catalyst and community leadership in West Palm Beach, supporting efforts to increase travel and tourism to Palm Beach County. For information, please visit kravis.org.

Chad Larabee (Director) is a New York-based director who works extensively in the development of new plays and musicals. He directed the critically acclaimed off-Broadway revival of Garson Kanin’s classic, Dreyfus in Rehearsal, as well as the London world-premiere of Ain’t We Got Fun. Additional Off-Broadway credits include the world-premieres of POPart The Musical, Do Not Disturb, and Good Good Trouble on Bad Bad Island. Select regional directing credits include Boca Bound, Mary Poppins, Disney’s The Little Mermaid, and Clybourne Park, Little Women the Musical, On Golden Pond, Violet, Assassins, Big River, The Pajama Game, and more. Chad’s award-winning short films Warrior GRRRLS, Group Chat Down, The Ghosts of Ethan Dean, (in) rhythm and Life in Free Fall have been seen in film festivals across the country. Chad is a graduate of The University of Iowa, and Florida State University where he received his MFA in Directing. Chad is a member of SDC.

Bonnie Logan (Book) Bonnie’s careers in organizational development and entrepreneurial business, combined with a lifetime of theatrical studies, led to her evolution as a published playwright. Drawn to the stories told on stage, she wrote her first book for Boca Bound in 2017, which premiered at the Wick Theatre in 2020 to sold-out crowds and was hailed as “unassailably heartfelt” (SF Theater on Stage).

Brett Boles (Composer, Musical Director) is an award-winning musical theatre composer, lyricist, bookwriter and music director. His original musical Foreverman premiered at NYMF where it garnered awards for Outstanding Orchestrations and the New World Stages Development Prize. Brett has also collaborated with composer Natalie Tenenbaum on an adaptation of Benjamin Button, which has had showings at the York Theatre Off-Broadway and the Southwark Playhouse in London. He has also written original material for three of the four original Broadway Matilda’s. Brett’s work has been performed by Broadway greats including Jeremy Jordan, Josh Young, Marissa McGowan, and Kate Baldwin. In 2013, he co-conceived From Broadway With Love: A Benefit Concert for Sandy Hook with Tony-winning producer and founder/president of Broadway Records Van Dean. Brett currently serves as the Director of Choirs at Hall High School in West Hartford, CT. Brett is the creator and the host of the hit TikTok series “The M Tea” with over 300,000 followers. He is a proud member of the Tony-honored BMI Lehman Engel Musical Theatre Workshop, and the Dramatists Guild of America.

Michael J. Moritz, Jr. (Music Supervisor, Producer) is a GRAMMY Award-nominated, and TONY Award and EMMY award-winning Broadway Producer, Record Producer, Mixer, Music Director, Conductor and Pianist.  During the COVID pandemic, Michael’s work has been featured on humanitarian and charity broadcasts and live streams having raised over $50M in 2020-2021 alone. Michael received a 2021 Grammy Award nomination as Producer of Stephen Schwartz’s Snapshots for Best Musical Theatre Album. Michael received the 2019 TONY Award for Best Musical as a co-producer of Hadestown and a 2017 Emmy Award for Audio for From Broadway With Love: A Benefit For Orlando. He also received 2 TONY and Olivier award nominations as a co-producer for Broadway/West End’s Beautiful: The Carole King Musical.  Other notable Broadway producing credits include Big Fish, A Night With Janis Joplin, On The Town, and The Velocity of Autumn.