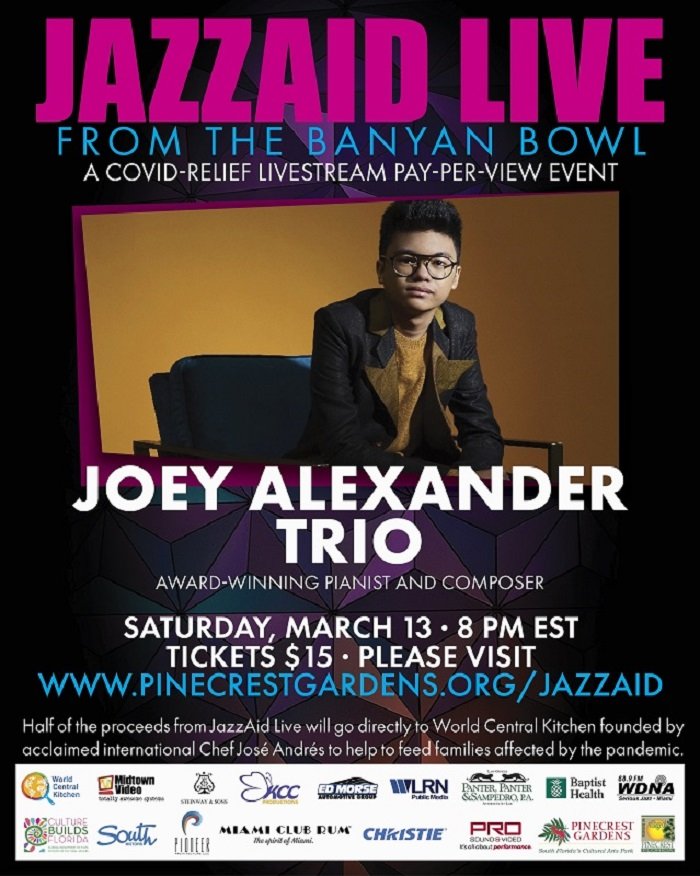 A funny thing happened to Joey Alexander over the past five years, a whirlwind period during which he became the most brilliantly precocious talent in jazz history, the youngest musician ever nominated for a Grammy Award in a jazz category; and a media favorite who’s earned a profile on 60 Minutes, a front-page profile in the New York Times and other premier coverage. As a pianist, composer, and bandleader, Joey Alexander is enjoying one of the most ascendant careers in jazz, thanks to his mind-blowing technique, innate musical smarts, and ability to communicate irresistible joy. At the 2016 Grammy Awards, he played during both the pre-telecast and the primetime TV event. That same year, he also performed with Wayne Shorter and Esperanza Spalding for the Obamas at the White House, as part of a nationally televised International Jazz Day special. In 2018, he headlined Jazz at Lincoln Center’s Rose Theater with a 20-piece string section orchestrated and conducted by Grammy nominee Richard DeRosa. On October 18, 2019, he made his triumphant Carnegie Hall debut to a sold-out Zankel Hall crowd. Early on in his ascent, the trumpeter and Jazz at Lincoln Center leader Wynton Marsalis said that “there has never been anyone … who could play like that at his age.” Marsalis, who essentially “discovered” Alexander via his YouTube videos and invited him to New York, was spot-on in his assessment. And today, with his newest album release, “WARNA,” Joey Alexander continues to perform at the highest level.

Save The Date! #TreasureCoast Arts & #Mindfulness