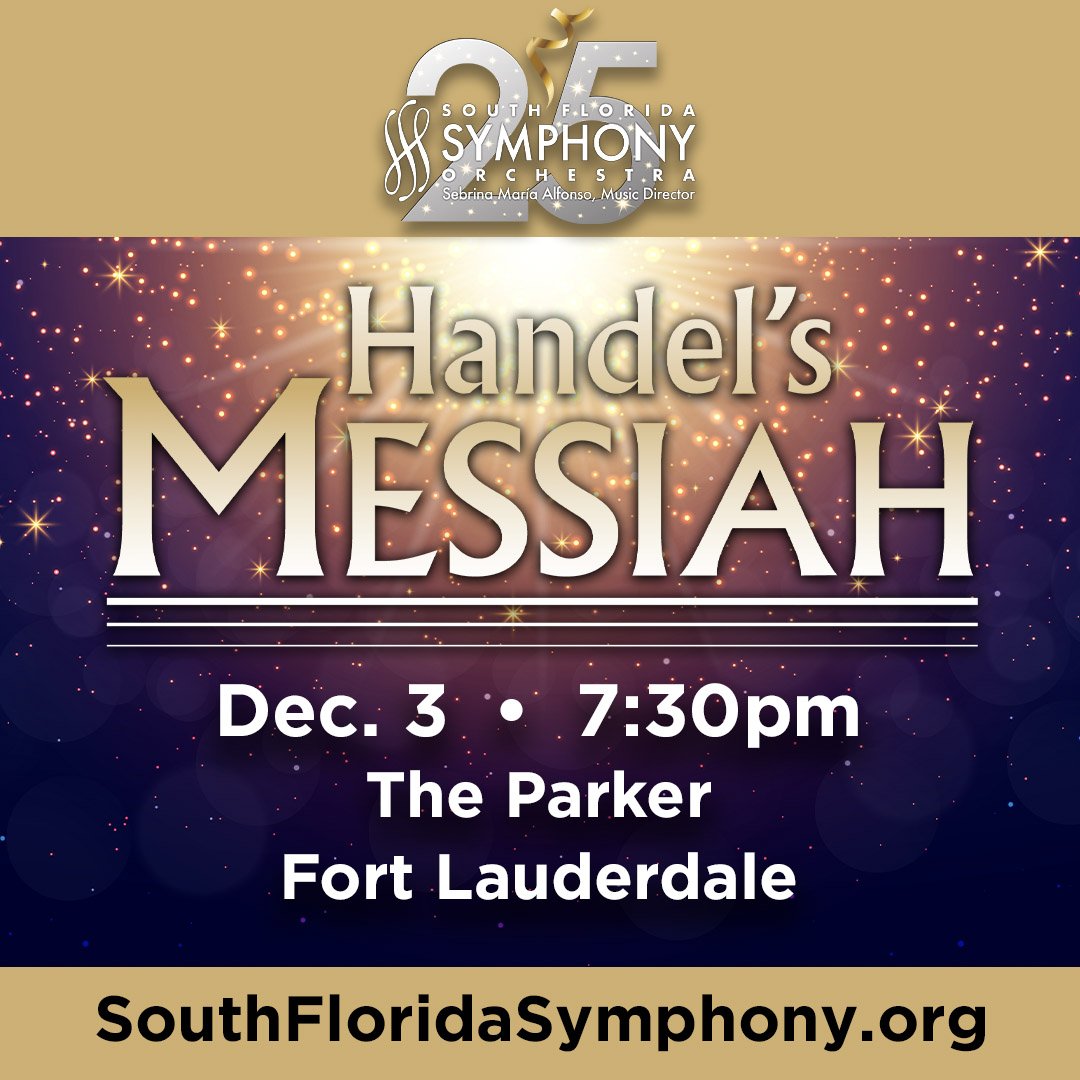 To elevate the holiday spirit, the evening opens with glorious sounds of the season, including Schubert’s Ave Maria; Pietro Yon’s Italian Christmas carol, “Gesù Bambino;” Mendelssohn’s “Hark! The Herald Angels Sing,” and more followed by Part I of Handel’s Messiah. The performance culminates with the iconic “Hallelujah” chorus as sung by the South Florida Symphony Chorus, made-up of seasoned chorale singers and community talent. The Chorus is conducted by Dr. Giselle Elgarresta Rios. Rios and Maestra Alfonso collaborated to create the South Florida Symphony Chorus in 2019, which made its debut at the Beethoven 250th celebration in February of 2020.

The esteemed South Florida Symphony, celebrating its 25th anniversary of artistic excellence, launched its 2022/23 season on November 9 at The Parker in Fort Lauderdale and on November 10 New World Center in Miami Beach. This outstanding season will feature classical masterworks including Shostakovich’s final “War Symphony,” No. 9, Brahms’s doubly demanding Concerto for Violin and Cello and an all-Dvořák program with audience favorite – and performer during the Symphony’s inaugural concert – Zuill Bailey. Additionally, honoring its commitment to presenting new works, SFSO will present its third world premiere by composer-in-residence John Gottsch: the Florida-inspired Ocklawaha. The South Florida Symphony Chorus will expand its repertoire, once again, performing one of the greatest large chorale works of its day, Bruckner’s majestic Te Deum.

Tickets for Handel’s Messiah start at $15 for the December 3 concert at The Parker (707 NE 8th St, Fort Lauderdale) and can be purchased online at https://southfloridasymphony.org/handels-messiah or via the Broward Center for the Performing Arts Box Office at (954) 462-0222.