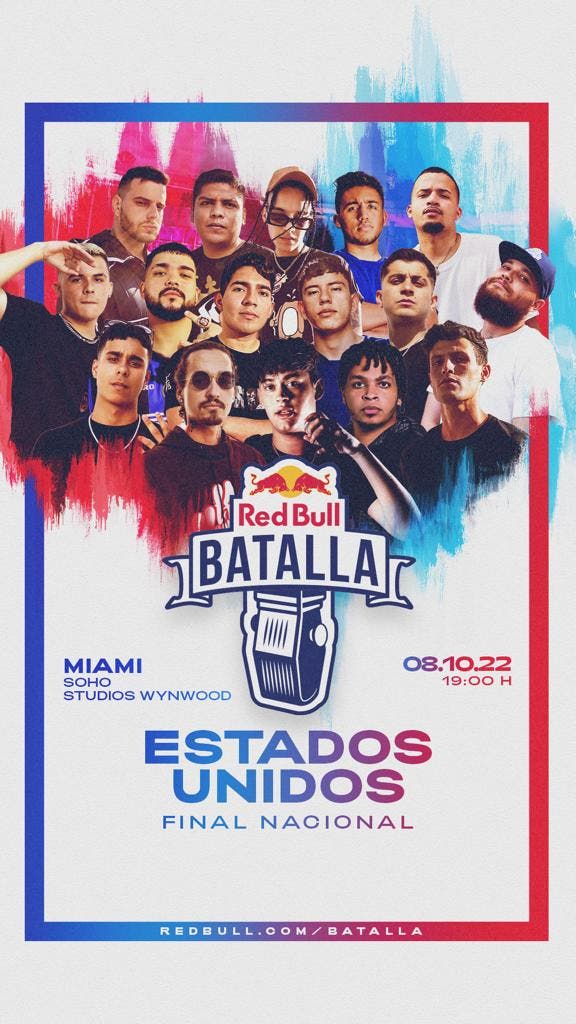 Red Bull Batalla, the world’s largest Spanish-language freestyle competition, is coming to Miami for the US National Final this Saturday, October 8, in Miami at Soho Studios. This event will feature some of the world’s best rappers, from newcomers to previous winners and established artists. All who began at Red Bull Batalla. This weekend, fans will witness a talented group of 16 MCs as they lock horns in a bracket-style battle in front of a panel of notable judges deeply embedded in the culture. At the end of the battle, the Red Bull Batalla USA Champion will be crowned and head to the World Finals in Mexico City.

The US Finals will be the second Red Bull Batalla event to happen in Wynwood this season, with the first happening just last week. Red Bull hosted the ‘Last Chance Cypher’ at UNKNWN in Wynwood, where over 80 MCs battled for the 16th and final spot in the US Finals after a competitor dropped out. MC ‘Heavy’, who participated in the Dallas qualifier this year, rose to the occasion and outlasted the other MCs and defeated MC ‘El Domi’ to be crowned the final spot. It will be his first time in the US Final.

The US Final event at Soho Studios is this Saturday, October 8th in Wynwood, Miami.
Doors open at 7 PM and the battles begin at 8 PM. Tickets are available for purchase for $10.

🌴 New Photos of Our Weekend Dinner Specials at