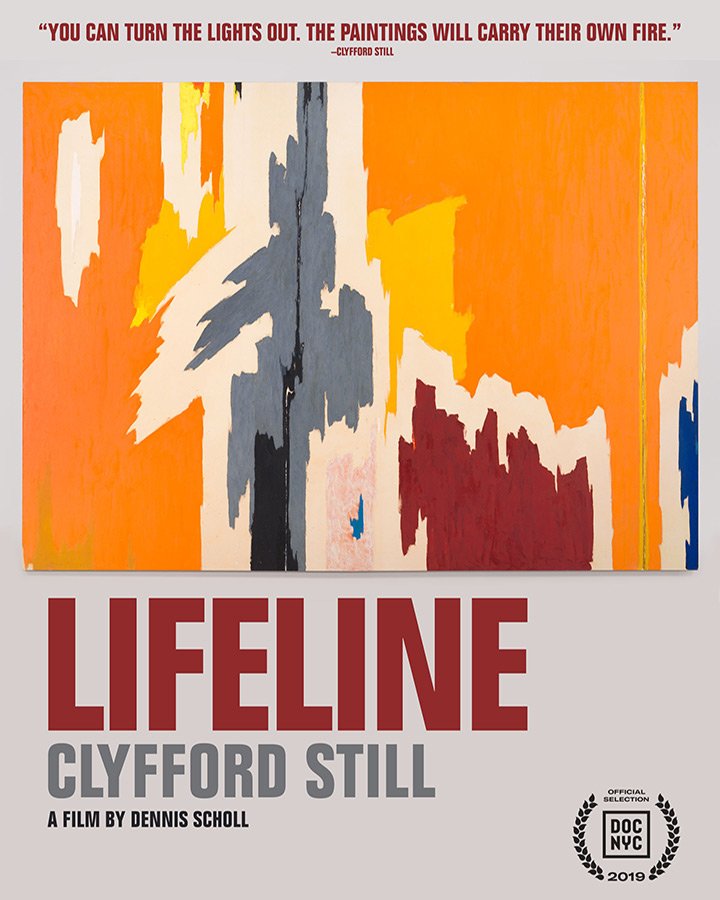 Lifeline: Clyfford Still paints a picture of a 20th century icon, his uncompromising creative journey, and the price paid for his stoic independence. Still was one of the strongest, most original contributors to the art movement, Abstract Expressionism. He walked away from the art world at the height of his career in the 1950s.

His contemporaries described him as the most anti-traditional of the Abstract Expressionists. Artist Jackson Pollock remarked, “He makes the rest of us look academic.” Artist Mark Rothko acknowledged him as a “myth-maker.” Art critic Clement Greenberg called him “a highly influential maverick and an independent genius.” Extremely disciplined, principled, and prolific, Still wanted the viewer to get lost in his art and create their own interpretations.

A series of four documentary films highlighting the iconic visual artists whose work is featured in the exhibition, Bonnie Lautenberg: Art Meets Hollywood – Artistica! A two day film – Thursday, May 12, 2022 at 6pm to 7:30 pm and Friday, May 13, 2022 at 2 pm to 3:30 pm.

Admission to the Museum is included.