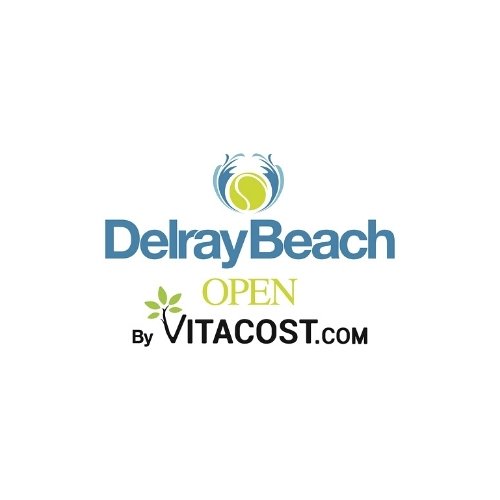 DELRAY BEACH, Fla. – The US Open starts Monday and concludes the professional tennis year in the United States, but tennis fans can now plan for the game’s return in 2022 when ATP action descends on Delray Beach, Florida.

Tickets for the 30th Delray Beach Open by VITACOST.com (https://yellowtennisball.com/) scheduled for Feb. 11-20 will be available starting Saturday, Aug. 28 at 8:00 am, with individual tickets starting at just $33.

The 10-day combined event will begin with an ATP Champions Tour team event opening weekend Feb. 11-13 featuring a field of the game’s legends. Singles and doubles main draw action for the ATP 250 event starts Monday Feb. 14 and concludes with the ATP 250 finals on Sunday, Feb. 20.

Hubert Hurkacz, a Wimbledon semifinalist in July, defeated American Sebastian Korda to claim the 2021 ATP 250 title in January, and later completed the Florida sweep with his championship in Miami in March. Headed by the greatest doubles duo in professional tennis, Bob & Mike Bryan guided Team Bryans to the ATP Champions Tour event title with a 4-3 victory over Team Jensens.

The courts at the historic downtown tennis center have been both a launching pad for stardom and a place for the game’s elite to raise the trophy. Recent Delray Beach champions include former US Open winners Marin Cilic and Juan Martin del Potro, Grand Slam finalists Kei Nishikori and Kevin Anderson, Americans Sam Querrey, Jack Sock and Frances Tiafoe and hometown hero Reilly Opelka. Other competitors over the previous 29 years of the ATP 250 event include a roster of Hall of Famers and fan-favorites with Andre Agassi, Andy Roddick, Lleyton Hewitt, Tommy Haas, Patrick Rafter, Jim Courier, Michael Chang, the Woodies, Ivan Lendl, Mats Wilander and Jimmy Connors being among the most notable.

In addition to individual seats, series packages offering 30-50% off savings will also be on sale Saturday. The covered Stadium Veranda seats, on-court “Best Seats in the House”, courtside box seats and the weekender package that includes the final five sessions of the ATP 250 Championship weekend will be available for purchase.

“We are thrilled to be hosting the Delray Beach Open by VITACOST.com for a 30th time and are eager to welcome back players and fans to Delray Beach for our traditional February dates,” said tournament director Mark Baron. “During the past 18 months we have seen an increase in participation in tennis and we hope these new fans take advantage of the opportunity to see world class action up-close like no place else while also experiencing the tournament scene throughout the site and the city.”

The Delray Beach Open by VITACOST.com will be celebrating its 30th event in 2022. The Delray Beach stop on the global ATP Tour annually plays in front of over 60,000 fans in addition to reaching television audiences in over 50 countries over the course of 10 days.

Disclaimer – Match schedule, including number of sessions, dates, times, number of matches and players scheduled are subject to change. Tickets are not eligible for refund or exchange.

About The Delray Beach Open by VITACOST.com: The only tournament in the world featuring an ATP Champions Tour event and an ATP Tour event in the same week at the same venue is held in Delray Beach, Florida, February 11-20 at the Delray Beach Stadium & Tennis Center, winner of the USTA’s 2021 Outstanding Tennis Facility award. The ATP Tour’s first North American hard court event of the outdoor season is one of just 10 ATP Tour events in the United States. 2022 will be its 24th year in Delray Beach, and 30th overall. The 3-day, ATP Champions Tour team-event is in its 13th year and was the first-ever ATP Champions Tour event played on US soil. Each year the Delray Beach Open by VITACOST.com brings world-class tennis players and thousands of visitors to Delray Beach and Palm Beach County. In 2010, the tournament received the Discover The Palm Beaches Florida’s annual Providencia Award for its extraordinary contribution to tourism. The City of Delray Beach was also a finalist for the USTA’s “Best Tennis Town” Award and in 2003, the tournament was the recipient of an “ATP Award of Excellence.” For more information please visit www.YellowTennisBall.com.

About The ATP: As a global governing body of men’s professional tennis, the ATP’s mission is to serve tennis. We entertain a billion global fans, showcase the world’s greatest players at the most prestigious tournaments, and inspire the next generation of fans and players. From the ATP Cup in Australia, to Europe, the Americas and Asia, the stars of the game battle for titles and FedEx ATP Rankings points at ATP Masters 1000, 500 and 250 events, and Grand Slams. All roads lead towards the Nitto ATP Finals, the prestigious season finale held in Turin, Italy. Featuring only the world’s top 8 qualified singles players and doubles teams, the tournament also sees the official crowning of the year-end ATP World No. 1, the ultimate achievement in tennis. For more information, please visit www.ATPTour.com.

About the ATP Champions Tour: The ATP Champions Tour brings together many of the greatest tennis players in history for competitive and entertaining tournaments around the world. Players are either formerly ranked No. 1 in the world in singles, a Grand Slam singles champion or finalist, or a singles player on a winning Davis Cup team. Players must be retired from ATP Tour competition and each event can invite wild card entrants of its choice. The Delray Beach Open by VITACOST.com features a 3-day team-format.

About The City of Delray Beach: In southeast Palm Beach County, along the Atlantic seashore, a Village by the Sea that began as an agricultural community in 1895 has become one of Florida’s most popular destinations for visitors, new families and seasonal residents. The City of Delray Beach encompasses slightly over 16 square miles with a permanent population of nearly 65,000 and growing. The city’s charm continues to garner national awards. In 2017 alone the city received three awards: the “All-America City” award from the National Civic League (NCL) for literacy strides (the NCL also recognized Delray Beach in 1993 and 2001), a “Playful City USA” designation for providing 24 playgrounds for residents, and the recognition of Atlantic Avenue as one of the “10 Great American Shopping Streets” by USA Today. In 2012 during the nationally televised “Best of the Road” special, Delray Beach was chosen by Rand McNally, USA Today and the Travel Channel as the “Most Fun Small Town” in America. In 2014, USA Today named Delray as one of the “Best Atlantic Beaches in Florida.”