Home » Events » Comedy on the Green at Mizner Multicultural Center

Comedy on the Green at Mizner Multicultural Center 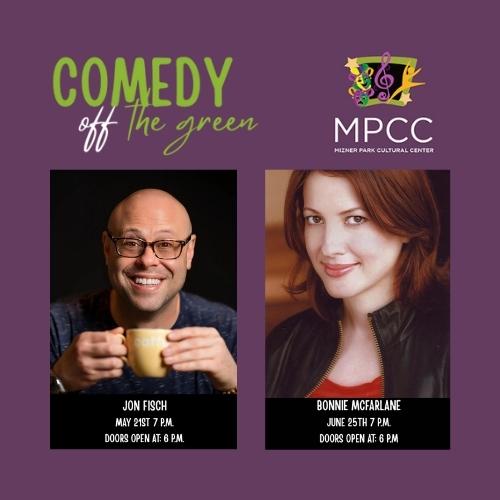 “With the Florida heat around the corner and more people in Boca feeling safer, we are taking Comedy on the Green OFF the green and into the air conditioning,” said Dave Siegel, co-producer. “There’s been a lot of buzz from the first round of shows. Instead of us trying to convince quality comedians from New York and Los Angeles to come to Boca…they are now reaching out to us. This brand is quickly becoming a destination for comics.”

New York City-based comedian Jon Fisch will open the limited engagement on May 21.

Fisch is one of only a handful of comedians who has appeared on both The Late Show with David Letterman and The Late Show with Stephen Colbert. He was the host of the widely popular podcast In the Tank. With his current podcast, Spiraling Up, Fisch talks with people from the comedy world about handling daily struggles and digging themselves out of life’s major ruts. Sounds heavy, but it’s funny too. You may recognize him from Comedy Central or NBC’s Last Comic Standing 4, where he was the New York City Capital One Audience Favorite. Fisch has performed at multiple comedy festivals including the HBO Comedy Arts Festival, the Great American Comedy Festival and Montreal’s prestigious “Just for Laughs” Festival. Based in New York City, Fisch can be seen regularly at the Comedy Cellar and Gotham Comedy Club.

Comedy Off the Green is the brainchild of Boca Raton residents Siegel, a stand-up comic by night, and his wife, Stephanie Tsoflias Siegel, a former broadcast journalist in New York City and talent development executive, who conceived and produced Comedy on the Green at the Mizner Park Amphitheater during the lockdown.

“Like any new venture, we’re pivoting for the Summer based on ticket holder needs and interests,” said Stephanie. “The space we’ve selected will be enhanced to reflect our unique Comedy on the Green brand. The energy inside the theater will feel very similar to our successful first round of outdoor shows. People can expect really good comedy, a young energized crowd and a night out you can’t find anywhere else in this city.”

Siegel is a news writer/producer out of New York City but his roots are in stand-up comedy. Prior to his big move to Boca Raton in March 2020, he’d been a writer for Diane Sawyer and Anderson Cooper among many others. Currently, he’s a writer/producer and on-air talent for Ashleigh Banfield’s NewsNation show ‘Banfield.’ He headlines comedy clubs across the country, has appeared on Comedy Central on two occasions and has been the opening act for the likes of David Alan Grier, Richard Lewis and Kevin Nealon, among others.

Tickets for the shows range from $30-$45. They go on sale on March 1, 2022 and can be purchased at https://miznerparkculturalcenter.com/events-tickets/.
For more information visit www.comedyonthegreen.org or reach organizers by phone at 610-659-8583.