An event every week that begins at 7:00 pm on Sunday, Monday, Tuesday, Wednesday, Thursday, Friday and Saturday, repeating until Sunday, August 30, 2020 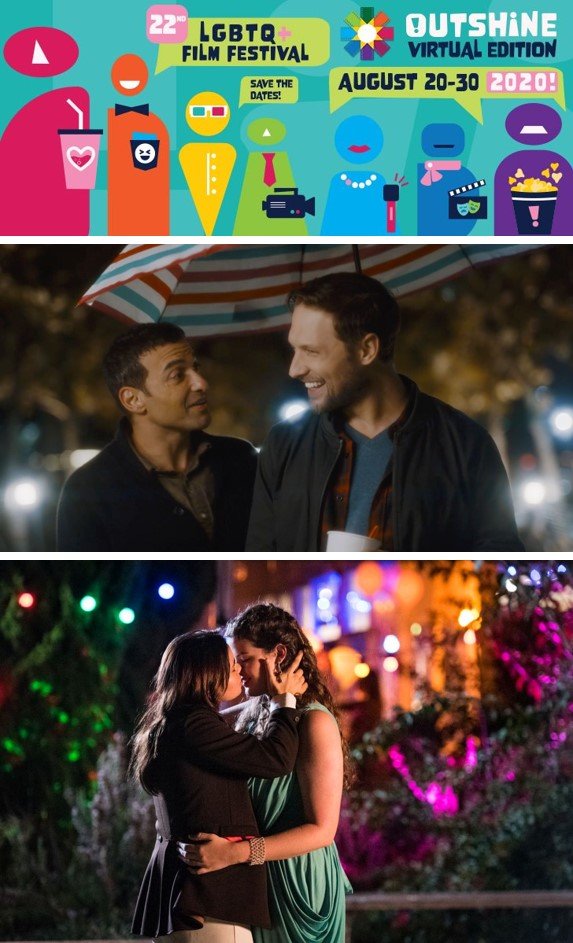 The 22nd edition of the OUTshine LGBTQ+ Film Festival, a bi-annual film festival whose mission is to unite the community through social events and LGBTQ+ media that inspire, entertain, and educate, is going virtual!  For the first time in the organization’s history, 80 new contemplative, comedic and creative films from 20 countries, (many never-seen-before and not available on any streaming platform) with 44 screenings will be made available to viewers throughout the state of Florida from August 20 – 30, 2020. The festival will also host livestreamed special events with cocktail happy hours, talent and Q & A sessions as a way to virtually tie the community together.

A full list of films and descriptions can be found at outshinefilm.com/films/program.

Presenting sponsors of the 22nd edition of the OUTshine LGBTQ+ Virtual Film Festival are Gilead Sciences and Miami-Dade County.

Tickets for the 22nd edition of the OUTshine LGBTQ+ Virtual Film Festival are on sale, now, at outshinefilm.com/buy-tickets. Prices for individual films are $12 each and value packages range from $60 to $350.

The OUTshine LGBTQ+ Film Festival is a bi-annual film festival with a mission to unite the community through social events and LGBTQ+ media that inspire, entertain and educate. Launched separately – in 1998, as The Miami Gay & Lesbian Film Festival, and in 2008, as the Fort Lauderdale Gay & Lesbian Film Festival – both editions were brought together under one brand to become the OUTshine LGBTQ+ Film Festival. Encompassing brightness, broad appeal and dynamic multicultural locations, OUTshine is internationally acclaimed as the largest LGBTQ+ cultural arts festival in the southeastern United States. OUTrageous. OUTspoken. And OUTstanding in what we deliver. For more information, call 877-766-8156, visit us at outshinefilm.com and follow us on Facebook @OUTshineFilmFestival, on Twitter @OUTshineFilm and on Instagram @OUTshineFilm.