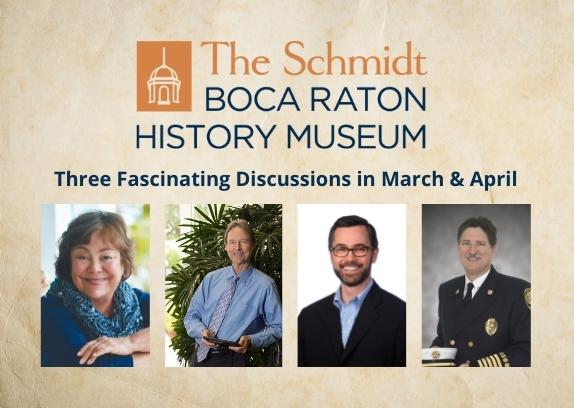 + Marie Speed is group editor of all JES publications, including Boca, Delray Beach, Worth Avenue, Mizner’s Dream, and the annual publication for the Boca Raton Chamber of Commerce.

+ Randy Schultz is the City Watch columnist for Boca Magazine and BocaMag.com. An award-winning South Florida journalist since 1974, he has worked at both the Miami Herald and The Palm Beach Post, where he served as managing editor and editorial page editor.

A Conversation about BRiC with Angelo Bianco,
Managing Partner of CP Group

What began as an outpost for IBM’s Research & Development and the birthplace of the personal computer is today a state-of-the-art, accessible 1.7 million square foot office park known at Boca Raton Innovation Campus (BRiC), the former headquarters of IBM and the birthplace of the first personal computer. CP Group Managing Partner Angelo Bianco will share interesting IBM anecdotes and his firm’s current process for transforming BRiC into a vibrant, robust destination for today’s workforce with Google-campus-type amenities such as Boca Raton’s first food hall, STEAM lab, and presentation space.

Chief Wood served with the City of Boca Raton Fire Rescue Services Department for 47 years, starting as a Firefighter in 1974 and working his way up through the ranks, serving as City Fire Marshal 1988-1996, and eventually named as the city’s sixth career Fire Chief in 2006. Chief Wood will be discussing the terrifying events when the America Media Inc. building in Boca Raton, home of The National Enquirer, was one of several sites to receive anthrax-laden letters through the mail in 2001.

All three discussions at the Schmidt Boca Raton History Museum start at 6 pm with check-in and refreshments, and the discussions will begin at 6:30 pm. Admission to each is FREE for members of the Boca Raton Historical Society, and $10 for nonmembers. (Annual membership is only $60 per person, or $85 per family.) To RSVP or to become a BRHS member, please email [email protected] or call 561.395.6766, ext. 100.

The Schmidt Boca Raton History Museum is the home of the Boca Raton Historical Society, whose mission is to collect, preserve, and present information and artifacts relevant to the past and evolving history of Boca Raton and to maintain a visible role in education and advocacy of historic preservation in the community. Now open to the public Wednesday through Saturday, 10 am to 4 pm, the museum is located in historic Town Hall at 71 N. Federal Highway (33432). For more information, please call 561.395.6766 or visit www.BocaHistory.org.